This creme is a delicious summer indulgence.  We enjoy it drizzled over fresh peach slices or on top of Greek yogurt and homemade granola.  Probably would be great on organic ice cream or steel cut oats?  Oooh the possibilities!  I’d say if you’re new to tasting/eating lavender, you might want to use a little bit less than what I used in this recipe..  It’s an acquired taste! 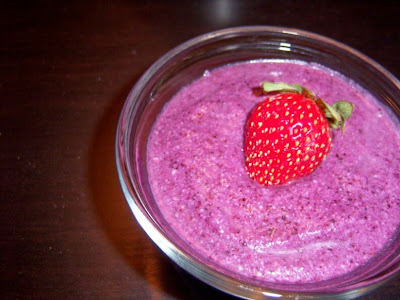 1.)  Bring the cup of water to a boil.  Add lavender to glass container and pour water over.  Let it steep for about 10 minutes.  The water should be an intense, dark indigo.  Strain, and squeeze out the lavender leaves as much as possible to save the intense flavor.  (The water should be just warm)

2.)  While the lavender is steeping, into you blender, add the coconut meat, coconut milk, blueberries, coconut butter, stevia, and lime juice.  Pulse until just mixed.  When the lavender infusion is cooled, add it to the blender.  Blend until smooth, scraping down the sides with a spatula as you go.  Chill for an hour or longer and serve.

I can already see the questions forming in your head and eventually hitting my Inbox on why you can’t just use coconut oil in the recipe.  Friends always ask me what the difference is between coconut oil and coconut butter.  Aren’t they just the same thing? The answer is no, they are two completely different products.  The easiest way to explain it is to say it’s like peanut butter vs peanut oil.  Make sense?  Coconut butter is a mixture of coconut meat and coconut oil.  Coconut oil is just the pressed oil from the seed. (Did you know coconuts are seeds?  That’s your random fact of the day!)  Coconut butter is even more nutrient packed than the oil because of the meat mixed in.  It adds fiber and protein!  You can use coconut butter on just about anything you’d put regular butter or peanut butter on (it has a taste similar to peanut butter).  It’s even good alone by the spoonful, just ask my husband.  ;-)

Here’s a glimpse of where the magic happens — my tiny little counter where I prepare most of my recipes. 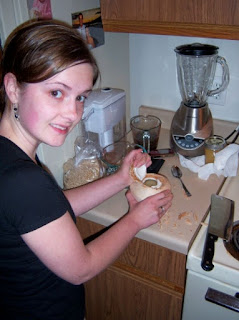 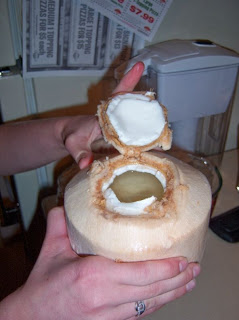